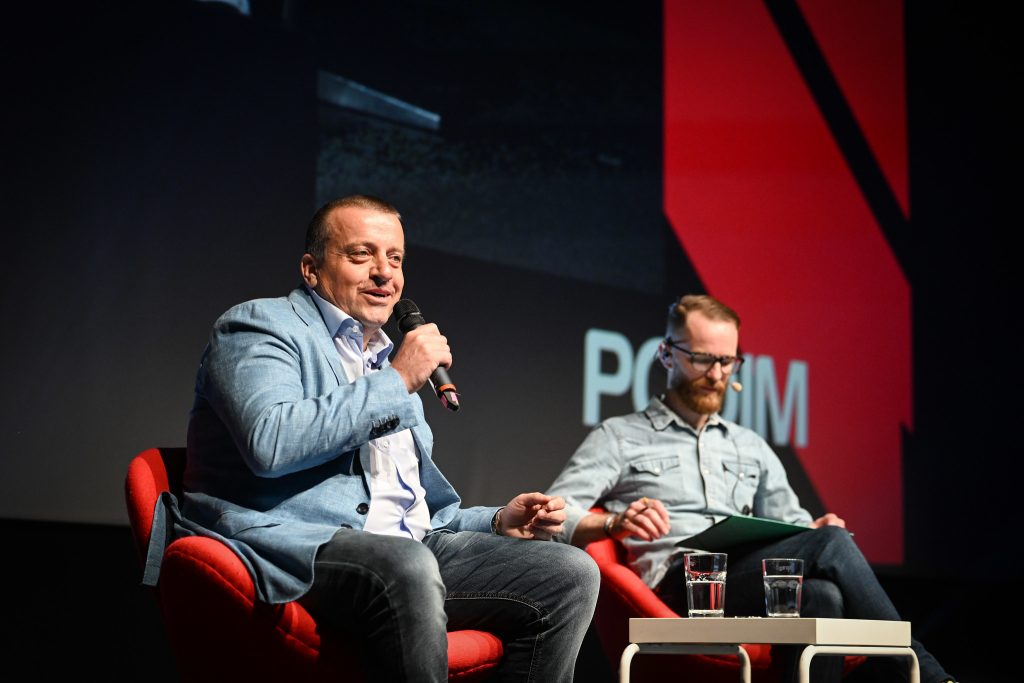 Tired of fairy tales? It’s time to read (and listen) to straightforward, no-bullshit stories on how to take on success and failure. Take a few minutes out of your day and catch bits and pieces of the most inspiring and controversial talks at Podim 2022, alongside getting the answer to why some companies thrive and others barely survive.

1. THE BRUTALLY HONEST STORY OF HOW TO BE THE BEST IN THE WORLD

Joc Pečečnik is well known to the Slovenian and international business community. His influence as the founder of Interblock, an international company that develops and sells gaming technology worldwide, is global. In recent years, he has made his biggest breakthrough in the US market, making him one of the few Slovenian entrepreneurs with such a track record. Pečečnik, also the owner of Bežigrad Stadium, was the driving force behind SBC – Slovenian Business Club, an association of the best Slovenian business owners/entrepreneurs, which was launched at the beginning of 2014. In 2021, he became its president with a three-year term. After the sale of Interblock, he founded Elektronček Group, an investment group to invest in young Slovenian companies and help them on the road to success.

How does a man who gets up at half past 4 in the morning, who replies to an average of 70 emails by half past 8, who doesn’t like meetings, and to whom family is very important, manage to have one of Slovenia’s most successful business stories? He points out that he has always, one could say all his life, played the game in his own way. He persevered, never gave up, and, above all, took risks. He followed his dreams even when everything was looking bleak.

“That’s a challenge sometimes (staying motivated). I really have no problem to really say that I never work and I never go to my office because of the money. Money was always a tool for my dream,” he said honestly.

He also highlighted two crucial pieces of information for every entrepreneur. First – do you know your product well? Second – are there customers who would buy your product? Joc advises all entrepreneurs and those who want to get into entrepreneurship not to neglect the importance of first impressions and how one presents oneself. There is an old German saying that you only have one chance to make a first impression, and you should use it wisely.

2. WHAT THE BUSINESS LEADER LEARNED FROM THE STRIPPER?

Paulina Sygulska Tenner is an entrepreneur, angel investor, TEDx speaker, and founder of the GrantTree platform, which she created to help tech startups navigate the complex world of government funding. Her entrepreneurial and life story have caught the attention of major media outlets such as the UK’s BBC, Financial Times, and The Guardian. She has been featured on the acclaimed Channel 5 TV program, The Huffington Post, and Virginstartups.com. She is also the author of the newly launched bestselling book “Laid Bare: What the Business Leader Learned from the Stripper,” describing the leadership lessons she learned as a burlesque dancer. Her entrepreneurial career blossomed when she realized her wild side through striptease.

And what was most compelling about the most controversial talk of Podim 2022? Paulina made the packed room of entrepreneurs believe that, at some point, they will definitely upset someone, make them feel bad, shock them, and more. But that means they are doing their job well. In addition to their work, entrepreneurs need to take time for themselves. Every person – entrepreneur or not – needs a hobby that is theirs alone. She experienced this on her own skin when she, completely tired and exhausted, realized that the part of herself she loved the most was starting to disappear. She missed her playfulness, her boldness, and her provocativeness. When she had a chance encounter with burlesque on the way to a meeting, she knew she wanted to be part of this exotic community, and the rest is history.

Now, because of her hobby, she makes decisions differently than before. Today, she listens to her head, heart, gut, and sex when making important decisions. She says that we all have a male and female decision-making part inside us that we should know well and use to make better choices. The intuition of the human body is an excellent compass that – if we want to follow it, of course – guides us in the right direction. So what can an entrepreneur learn from a stripper?

“When I say tuning into my body, there is a practice that I know from tantra /…/ called the inner community, which can really help you make better decisions in business. /…/ It’s called the inner community because you call on four different parts of the body. /…/ And then you kind of hold a sort of board meeting within yourself, so I like to say that I’ve got this inner board of directors, and you allow those different parts within you to speak out, and /…/ then you allow them to negotiate and come with a resolution,” Paulina explained.

So what can an entrepreneur learn from a stripper? Vulnerability, honesty, provocativeness, boldness, risk-taking, mindfulness, managing the masculine and feminine sides of the personality, and, above all, how to live.

3. WHY DO SOME PEOPLE THRIVE WHILE OTHERS BARELY SURVIVE?

Zoltan Vardy is a renowned startup mentor, having gained extensive experience as vice president of global sales at NBC Universal International and as regional CEO at the German company ProSiebenSat1Media, where he managed over 1,000 employees and hundreds of millions of dollars in revenue. His The Launch Code™ system, built on principles, tools, and techniques he has applied to $2 billion in sales deals over his 30-year career as a CEO, entrepreneur, and investor, has successfully accelerated the revenue growth of hundreds of startups in AgTech, MedTech, AI, Business Services and Media through mentoring programs and workshops.

Zoltan is a strong supporter of the growth and development of Europe’s vibrant startup ecosystem, regularly engaging with accelerators and spreading the values of entrepreneurship at conferences and events. He has been involved in both entrepreneurship and investing throughout his life. Through his experience and study of successful entrepreneurs, he unraveled the biggest mystery of entrepreneurship – why does one person succeed and why doesn’t another?

“The greatest entrepreneurs have focus. They have a very clear vision for what they want to achieve and a path that will get them there. They’re agile, they solve problems quickly, they build execution momentum, and they’re very persistent. They have an unwavering belief in their mission, and they stop at nothing until they achieve it,” Zoltan answered what differentiates those who thrive and those who barely survive.

Is this getting you excited for what’s to come next year? Open your calendars and mark May 15–17 for Podim 2023! 😉 You’ll soon be able to guarantee your ticket for it, so stay tuned for more news!

But until then, enjoy the full confessions of the founders below. 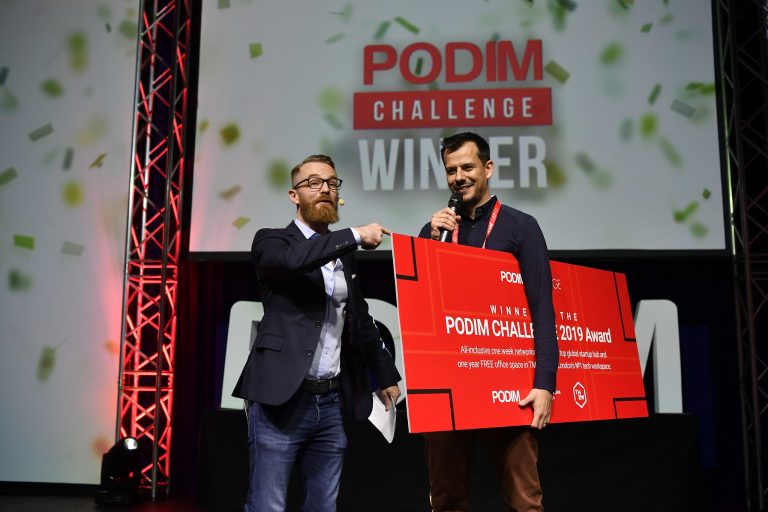 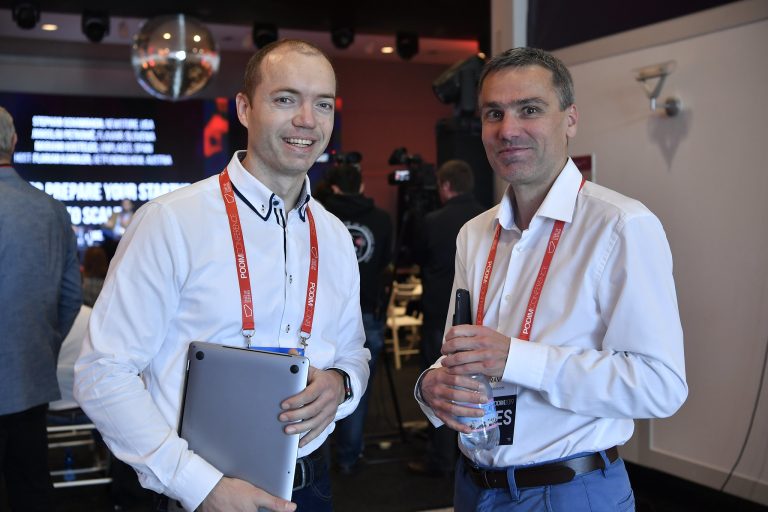 “I believe that CEE founders are more real in what they create.“ – Ondrej Bartos, Partner at Credo Ventures If you were at this year’s